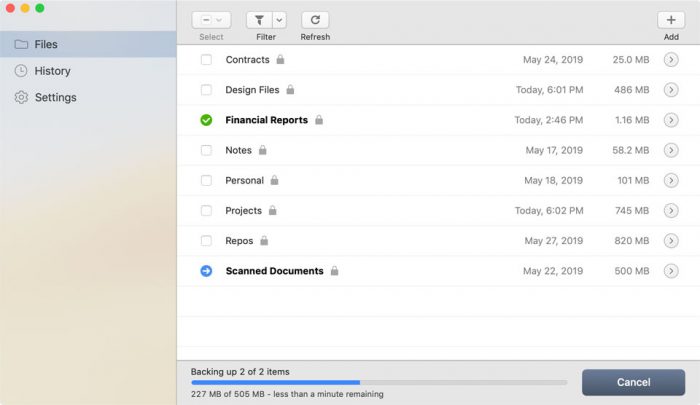 All encryption happens locally on your computer with a secret key that only you have access to. Rebel Backup uses a modern cryptographic construction that places no practical limits on the size of files being encrypted, and ensures that an encrypted backup has not been tampered with.